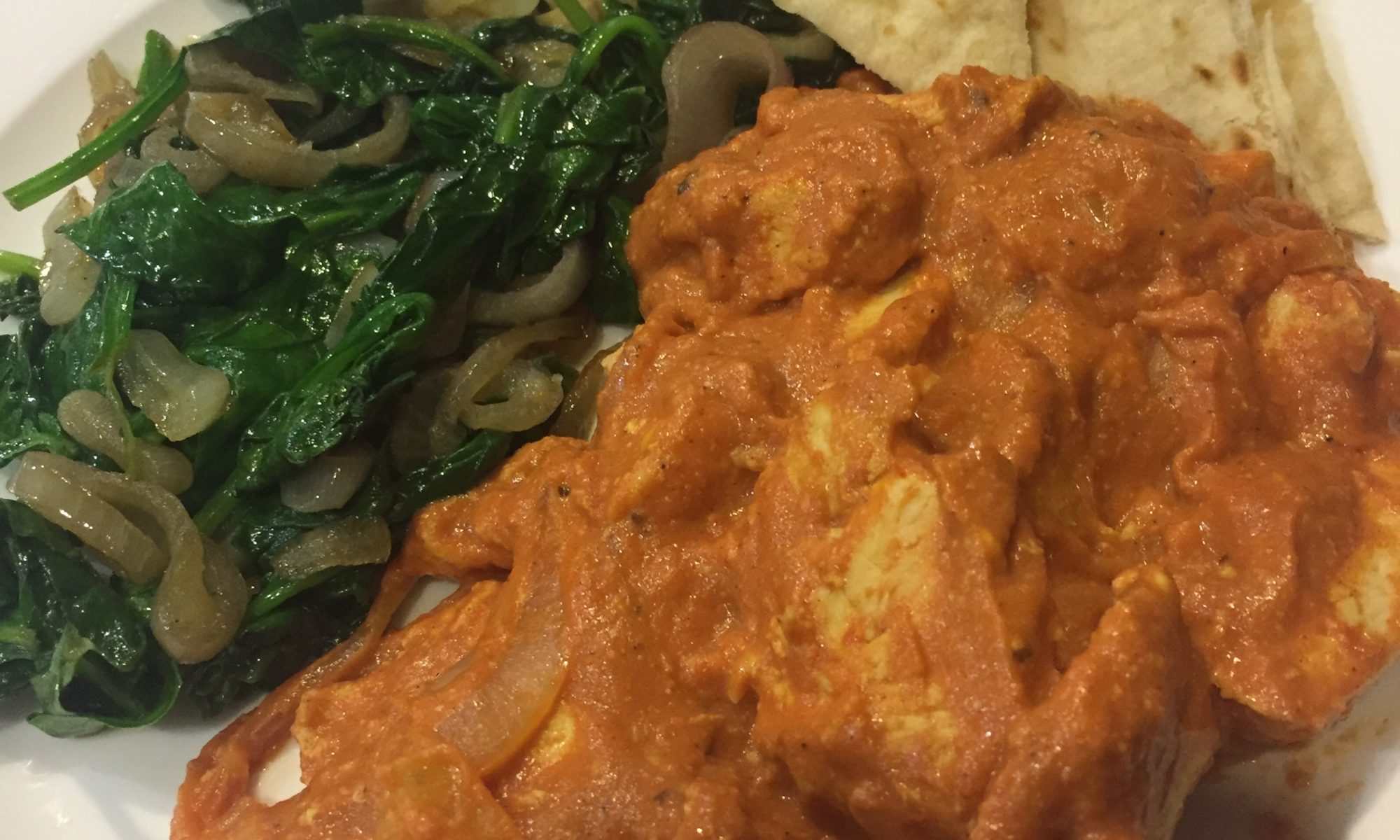 Damnit. Plated’s Indian Butter Chicken with Sautéed Spinach and Toasted Naan was a wreck waiting to happen, so be careful.

I could tell this one was going to go south quickly, even though Plated states that it’s a “customer favorite.”

By the recipe’s directions, the chicken will be roasted into jerky and the yogurt will be charred to a crisp. So don’t do that. Reduce the oven heat to 375 and roast for at least another 8 minutes.

Next, the tikka masala paste is far too dry. Normally this is a powder. Plated added it to a tomato paste as a thickening agent. But their recipe doesn’t include a liquid to break the tomato paste down so if you follow the recipe, you’ll have charred tomato paste containing all of the flavor you want released into your sauce in a ball of burnt sludge. So don’t do that. Follow my next modification:

Take a couple of tablespoons of milk (or the heavy cream that came with the recipe) and a hearty pinch of saffron – which is NOT INCLUDED IN THE RECIPE – warm the milk/cream, soak the saffron in it for a few minutes to activate it and saturate the liquid, then use it to reduce the tikka masala paste to an actual sauce. You’ll benefit from a less acidic sauce that is also exponentially more flavorful and actually thin enough to dip the naan in.

This isn’t a bad recipe. But there are some significant improvements that can be made for your family. We enjoyed it. It was delicious. We’re full.