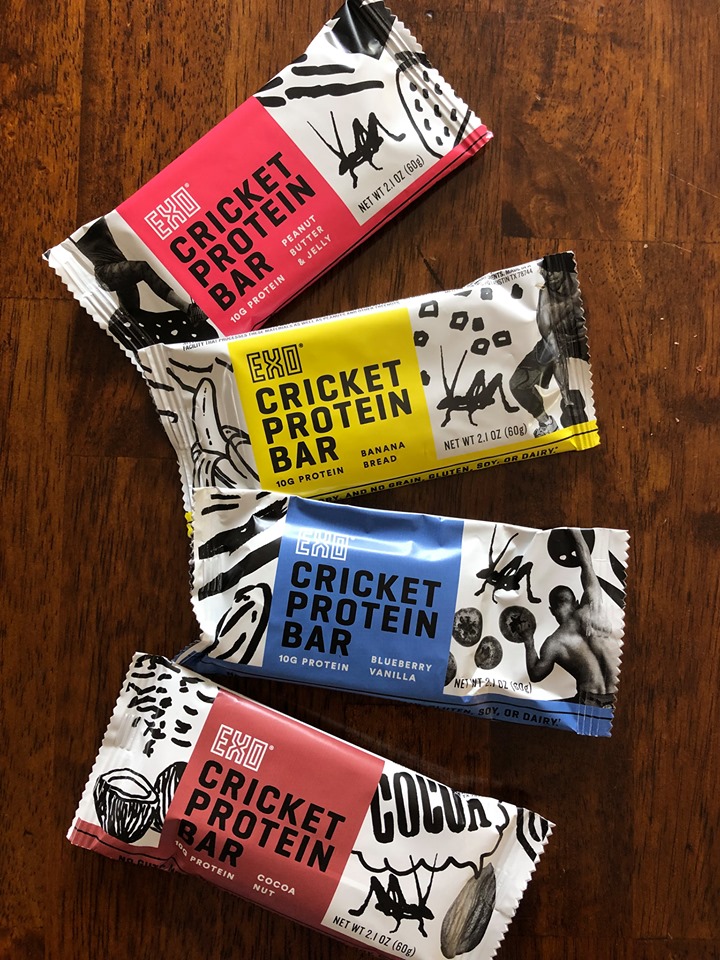 I need to clear up something directly from the start: these are NOT bars made of crunchy crickets covered in chocolate. These are standard protein bars, plain and simple. Good ones at that. The only thing that makes them unique is that the protein powder used is derived from crickets.

Once I realized that, I had no hesitation trying them all. These were a gift from my friend, Roger, mostly – I’m sure – as a dare to put my mouth where my money was when it came to my assertion that in 15 years, a significant portion of our proteins will come from lab-sourced insects. Game on!

The bars arrived as the 4-pack pictured, from Amazon. Packaging is nothing short of high quality. All of the bars are dense chocolate-based block that is common with whey-based bars (different from grain and wafer-based versions).

Unwrapped, there is no indication that a single cricket was used. It just looks and feels like a regular bar.

They all tasted pretty good, too. Like 3.5 stars out of 5 on average. I really liked Peanut Butter and Jelly the most (4.5 stars). The flavor profile was spot on and I could see myself eating 3-5 of these each week.

Next, Blueberry Vanilla at 4 stars. It was good, sweet enough without being too sweet.

The Cocoa Nut was like a mild bittersweet cocoa that was good enough. I’d eat it again. 3.5 stars.

Finally, the Banana Nut which had a decent flavor but it felt oily to the touch and just seemed … for lack of a better word, “greasy.” That was an odd experience for any protein bar. 2 out of 5 stars.

Outside of the Banana Nut, I have no complaints. There is no indication that there’s anything unusual whatsoever about these bars. Not in texture, flavor, scent or appearance. They’re just good protein bars with a single ingredient that is just far enough outside the norm that no one in the house was willing to sneak from my stash, let alone try a bite. I’m definitely the winner in that scenario.