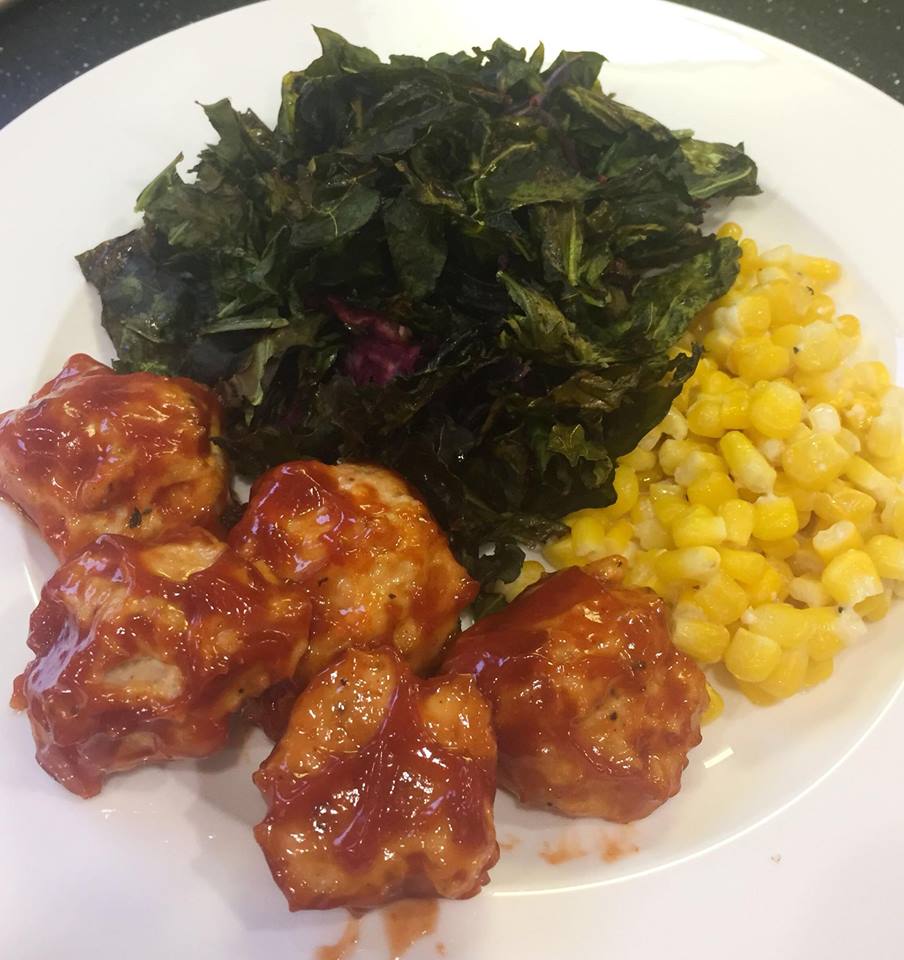 The flavor is fine for the entree and both sides. But the texture is just a wreck, namely for the meatballs. The chicken isn’t ground…it’s puréed so there’s no shape retention, just a liquid pile of mess. Then, once baked, they’re dense as slabs of concrete. I would fix this will Italian seasoned breadcrumbs in the mix before rolling the meatballs. And USE THE WHOLE EGG, not just the yolk.

Making the BBQ from scratch is fine but more work than necessary. It’s not like it tastes any better than anything pre-bottled.

The wife was thrilled with the flavor. I was considerably less enthusiastic.

There’s also a shit ton of dishes to do now, as well. 2 baking sheets, 2 skillets, and an array of hardware. The overall reward falls far too short of the effort it takes to make such an amateur meal.